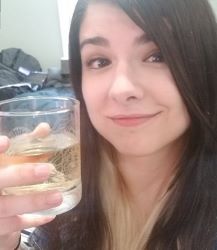 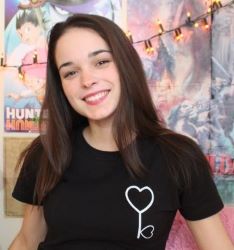 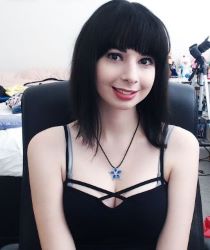 These girls are all awesome in their own way. Runebee dabbles in a bit of everything and is a crazy good speedrunner in RE 2: Remake. Nyxipuff tends to focus more on RPGs, is crazy funny, and at times very emotional during games. Suzi aka The Sphere Hunter is a horror nut and loves everything Resident Evil.

The worrying trend i’ve noticed is guys falling for these girls. Not only are they very pretty but they’re good at games too so what’s not to love? I think it’s cool to hang out with these girls and watch their streams and interact with them but i worry about some guys attachment towards them.

We all have our favorite female celebrities who we think are hot and whatnot but those women don’t get the worship i think these female streamers do because of the personal interaction we can have with them.

I’ve seen guys compliment the way they look and often times the streamer takes it in stride but sometimes you can tell they’re uncomfortable by it. Also, being nice to them just because of their looks is not a good thing. Then there are the guys who stick around these girls hoping they could be that special someone the streamer could see as a potential mate.

In an era where internet waifus get more popular by the day and these girls being the closest thing to a real life waifu i can see why some even worship them. But, therein lies a problem.

I’m not saying is not okay to like these girls. If you want to support them by subbing or donating cause you enjoy their content that’s great. Like i said they’re awesome and i love their content but there’s a fine line between enjoying/loving someone’s content and obsession.

They seem to very careful and level headed of the attention they get and i hope they’re very aware of it cause you never know nowadays.

BTW, the message can be applied to anyone who has a female presence online whether that’s on youtube or instagram, ect. I just chose them as examples mainly.

Also, they all have youtube channels and Twitch in case anyone wants to check out their content. They go by those names.

I don’t know who the two on the left are but I am subscribed to the Sphere Hunter on youtube and I like her content a lot even though I’m not really that into horror games. I do share her love of DMC though. She’s actually one of very few people I’ve donated to via Patreon.

Anyway, weirdos and simps on the internet are nothing new. Wherever there are women on social media, there will be a certain number of creepy dudes being creepy. Not really sure what the point of this thread is.

weirdos and simps on the internet are nothing new. Wherever there are women on social media, there will be a certain number of creepy dudes being creepy. Not really sure what the point of this thread is.

Maybe i suck at expressing the message but my goal was to bring awareness to us guys mainly because i understand how vulnerable we can be. You see these girls and they’re gorgeous and they’re into the same stuff you are and if you’re not strong enough you can end up supporting them for the wrong reasons.

It’s important to note that none of these girls take advantage of their audience unlike some streamers out there. So, if you’re going to support anyone online these girls definitely deserve it. But, i hope is done out of respect and legit love for their content.

man, woman, “they”, just stay away from my censor ship

I agree with you Tai

I think a lot of the twitch community needs at least a bit of a red pill to get over the hangup.

You’ve got women that don’t care about you or want to date you that just want to make good content and have a good channel or have fun streaming.

Then you’ve got women that want to milk you for your money and do everything to play up the girlfriend experience.

Both aren’t interested in dating or being with a member of their audience in any capacity.

Anyways yeah the trend is going to be that way because of how streaming platforms won’t enforce guidelines on ones doing obviously suggestive stuff. Basically the Alinity equivalents are messing things up for others.

All of them are unbannable and immune to failure. They turn the platform into baby’s first chaturbate.

Marz is pretty entertaining and Jazzyguns. I like a few female streamers and they DON’T sell their bathwater.

I just got paid. Time to donate and hear my name in a video!!!

Simp’n aint easy. But somebody has to do it!