Instead of posting all the time about one game in the “What are you playing?” thread, I think it would be easier to create a post dedicated to Ring Fit. I’ll post my progress here. Next time I go out I’m going to weight scale.

If you happened to find one and get it, you can post your progress here as well. And those that does do fitness and diet can post their tips and what to eat here. I know this is closest to the Fitness thread (and if all this goes to the fitness thread then so bit it) but I think it would be neat to have everything related to Ring Fit Adventure for one thread. Plus, it would be easier for me to see my accomplishments. I won’t post my daily activity every day, but I will post when I feel like I made an accomplishment.

My workout plan is Monday - Saturday with Sundays off. If my body is begging me to rest then I will, but 6 days a week with 1 day off. More if necessary. 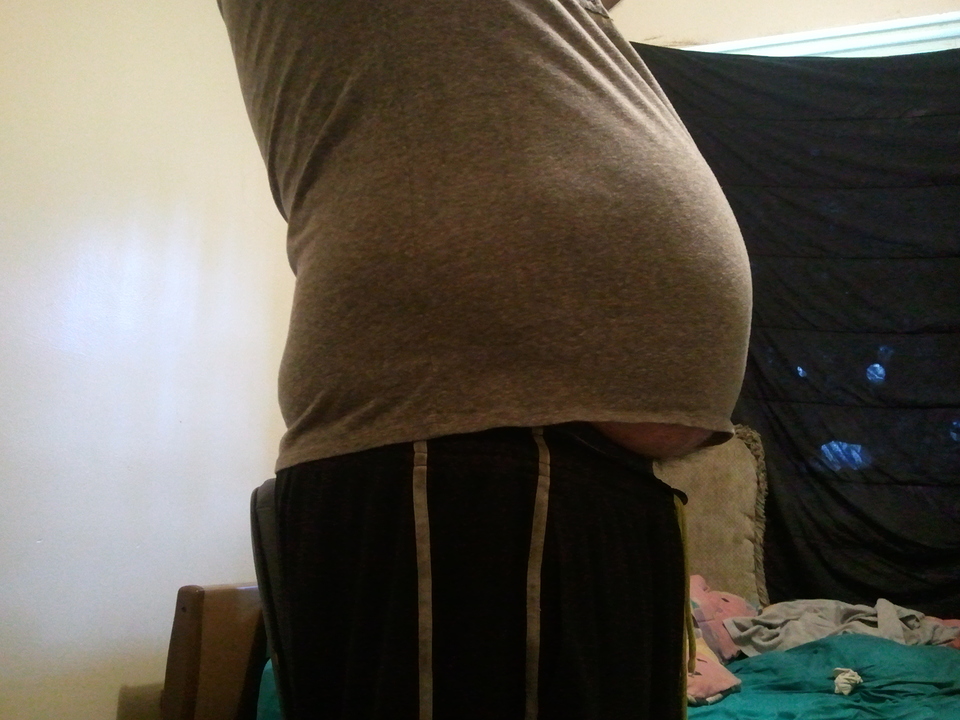 I haven’t weight myself yet so I don’t know what it is yet. 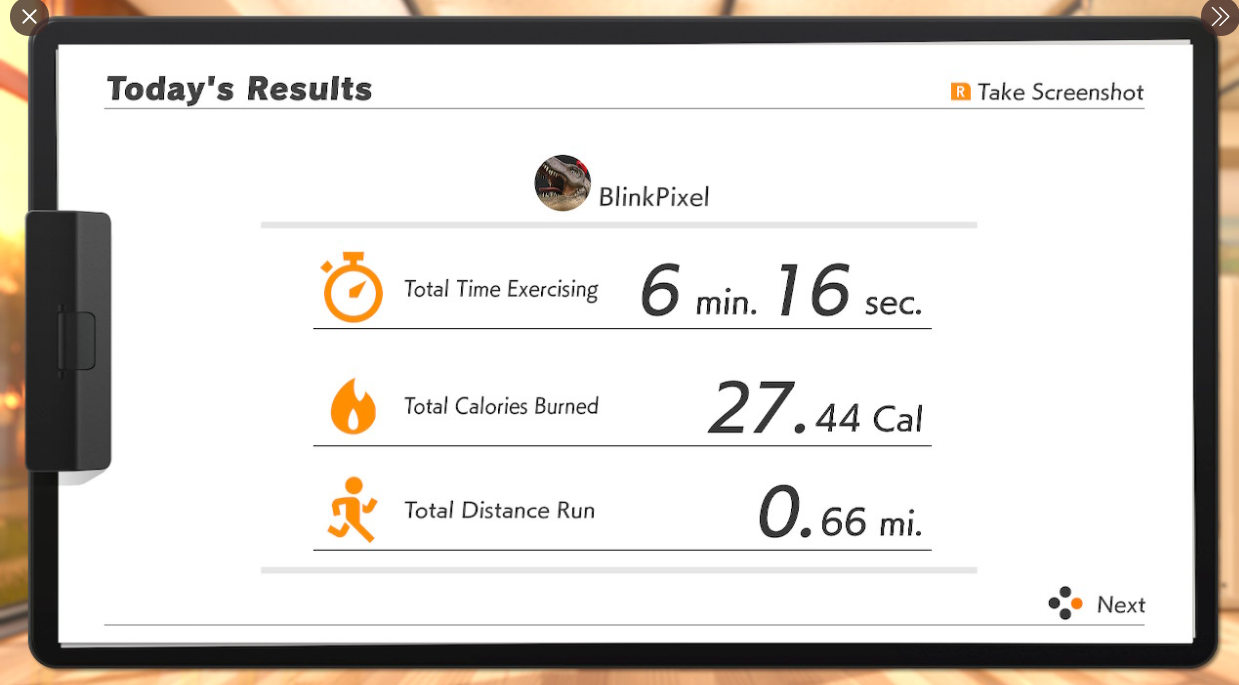 Day One was exhausting as hell. It wasn’t the workout routines that did me in either. It was jogging in place. After the first stage I was ready to end it, but I kept going and did the stage after that. After Stage 2 I stopped for the day and leave the Dragon Boss for the next day. The actual exercise portion (when you are “fighting” enemies) is actually pretty great. I did all the moves available to me and it was quite easy. According to the game my heart rate was fluctuating between 160 to 170 bpm. I don’t know if that is a good thing or a bad thing. I had to stop. I know it may seem like I barley did anything, but I’m playing the long game on this. Slow, steady and don’t kill myself over it will help me over time. My overall exercise time goal is 30 minutes a day. It may take weeks to get there, but if I can reach 30 minutes a day and keep my diet, I would be happy. 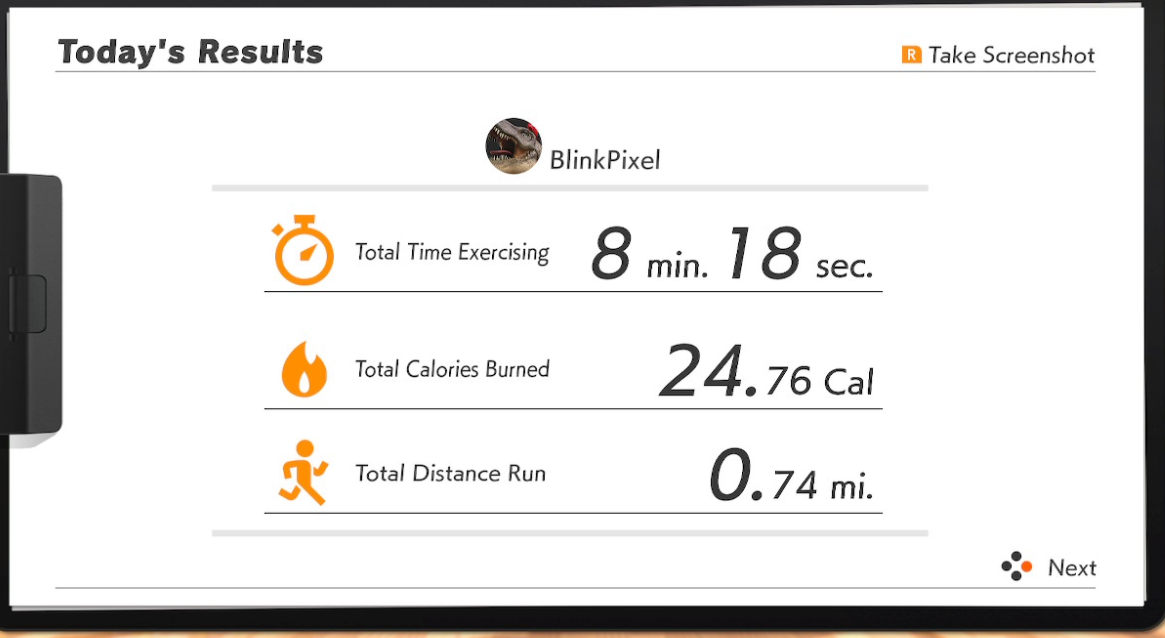 Because of how exhausted I was during Day One, I decided to switch the game into Quite Mode. This is a mode for those that workout upstairs and doesn’t want to bother anybody below. It’s great if you happen to live upstairs in an apartment building. I left my difficulty alone which is Moderate level 10, this is what the game suggested to me. In quite mode instead of jogging in place, you do mini-squats to move. At first I felt completely fine, but then the burning started. If felt exactly as I did when I was jogging in Day One, but the thing that made it better was that I wasn’t exhausted as quickly. I redid the first two stages and then the Dragon Boss. By the time I finished that World I was tired, but not lying on the floor cursing myself on even thinking of doing this tired.

If there is one thing that I do need advise on is a proper diet. I’m not looking to become buff. If I gain muscle, then great. It’s weight loss that is my main goal. Hopefully I get a weight scale soon. 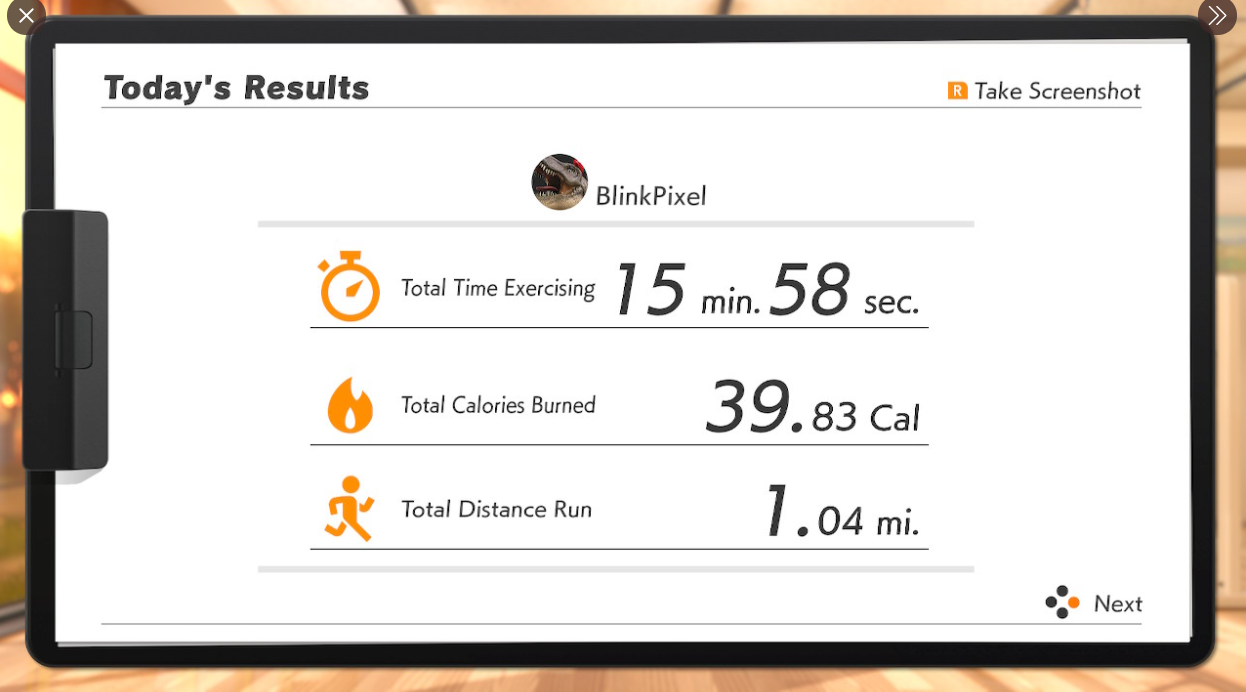 Created my own Ring Fit playlist on spotify and did the entirety of World 3. Sweated more than the past two days, but also not as worn out. 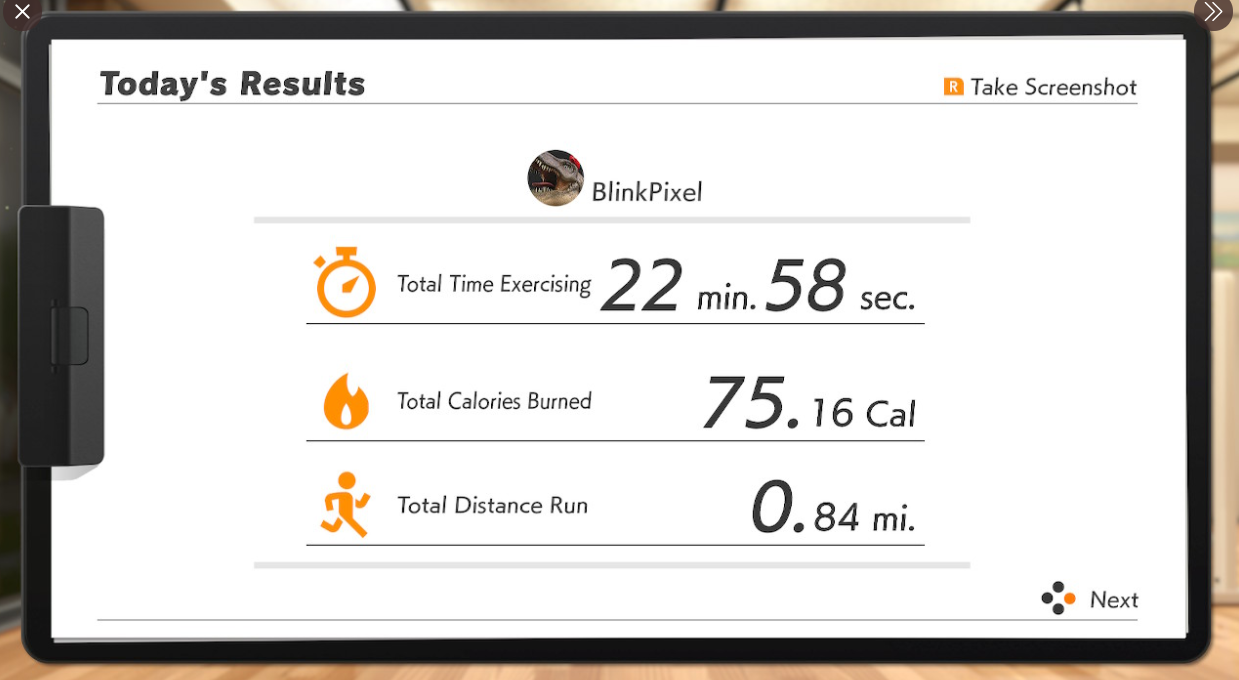 On August 25 I did a couple of sets just to get something done. Nothing too wild. Today, I decided to push from 10 to 13 and I found that sweet spot. I get a real workout, but nothing to make me break. What did break me today was the fact I unlocked the Plank move. I am nowhere ready for something like that. It felt like I did the first time I played. I felt like could have gone for another 10 to 15 extra exercise minutes but Planking fucking killed me. I also went back to real jogging and it was nowhere as bad as it was before. I’m still working on my diet but it really is changing how I think about eating. I had a couple of peanut butter and jelly and I felt bad. I know that cheat days are a thing, but if I don’t stick to eating healthy then all this work would be for nothing. I’m also trying to eat as little sugar as I can, and yes this means changing how I make tea. Next time I go to the store I’m going to get lemon juice and put some in unsweetened tea just to take that bitter taste out. 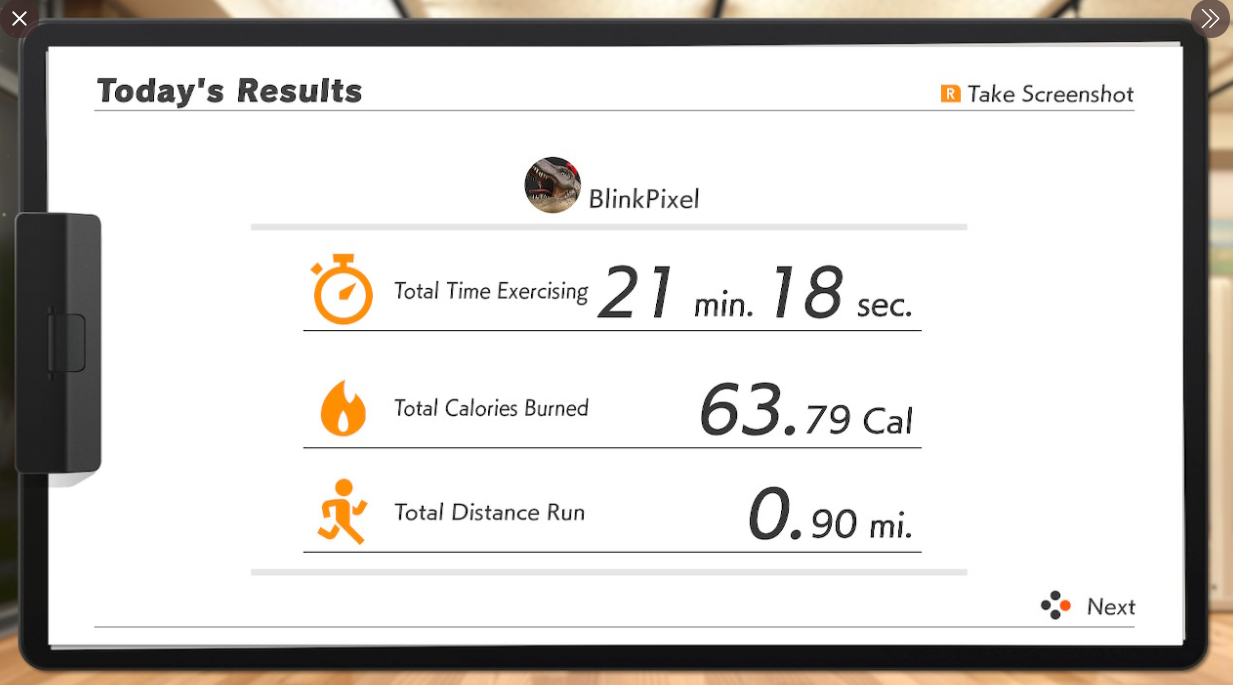 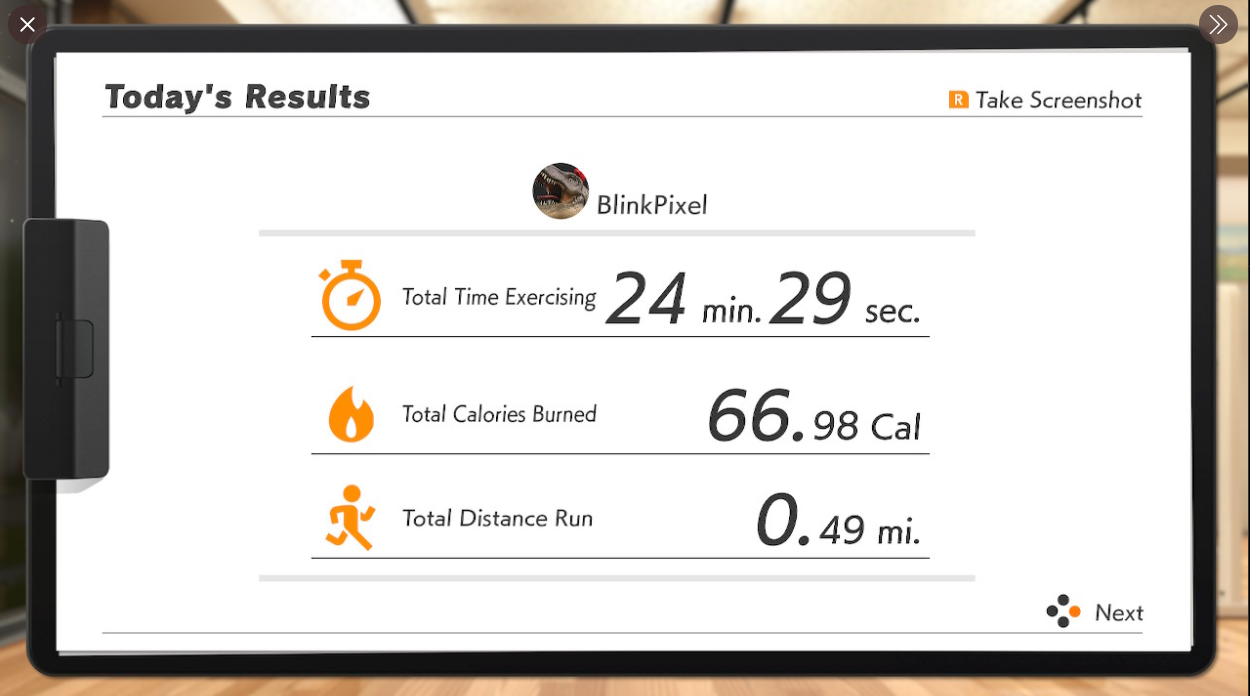 This is what I’ve done so far with one week of Ring Fit. 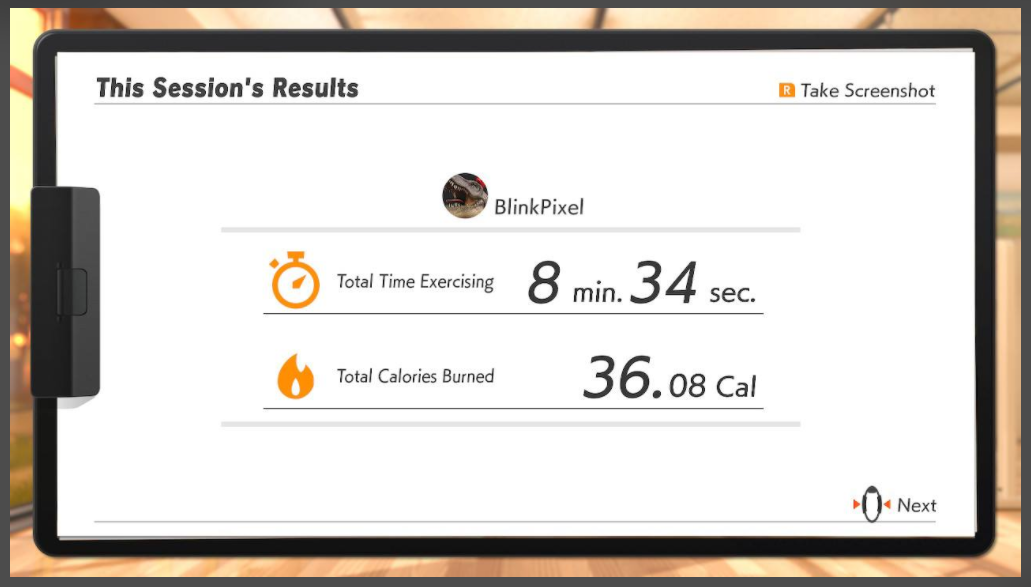 Did a custom set this time. Non stop exercises. I made sure that everything was accounted for like legs, abs and shoulders, except Mountain man, can’t do that one yet. 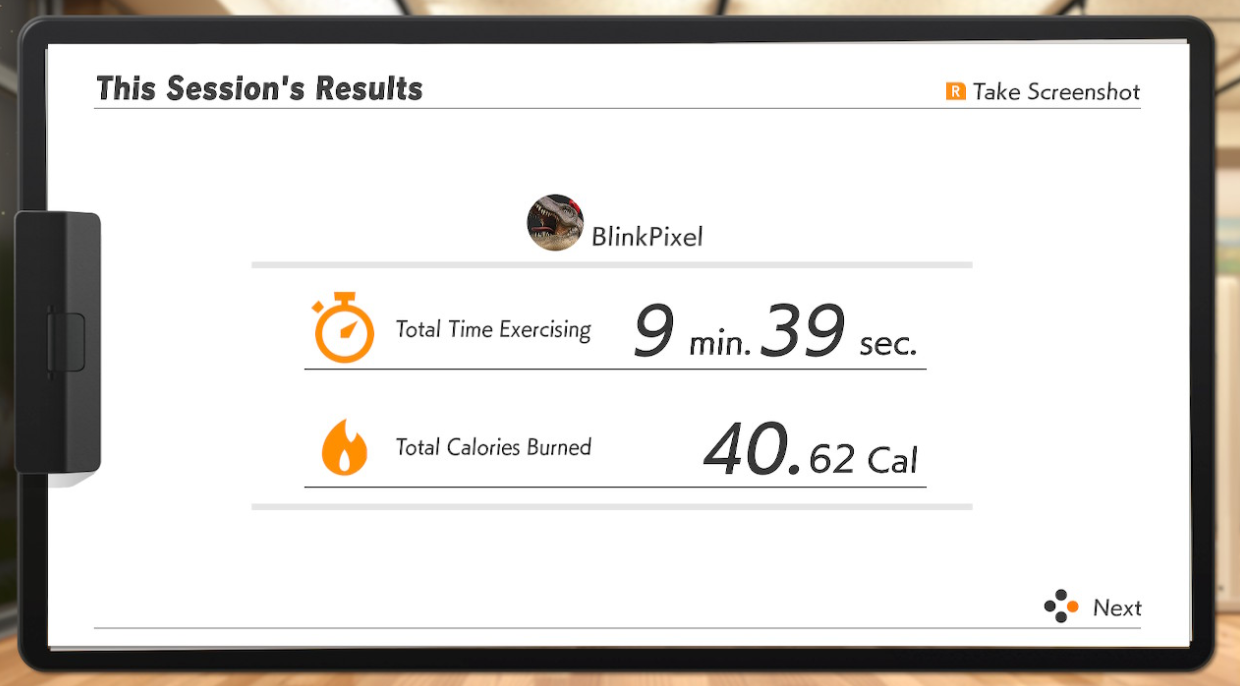 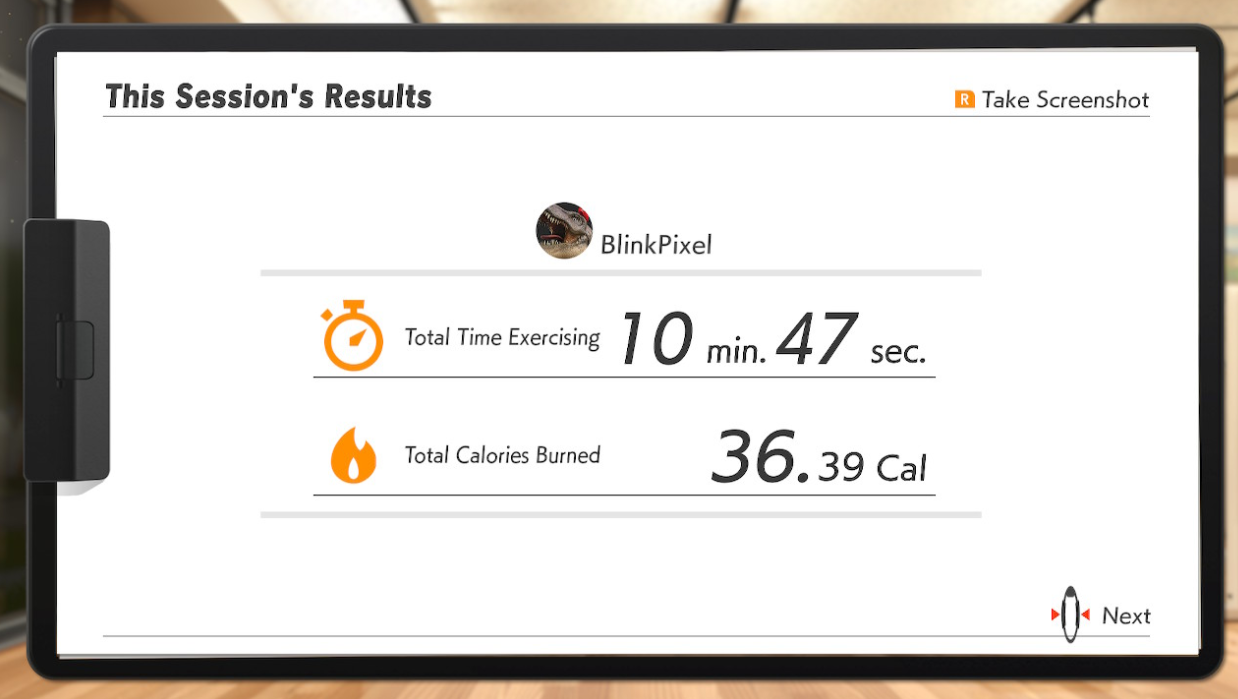 August 30 was a break day. Did 2 custom sets. I think I like doing a custom set more than the actual adventure. I can do more different moves and wont have too many break periods. Also, I can listen to music without worrying about story bits. 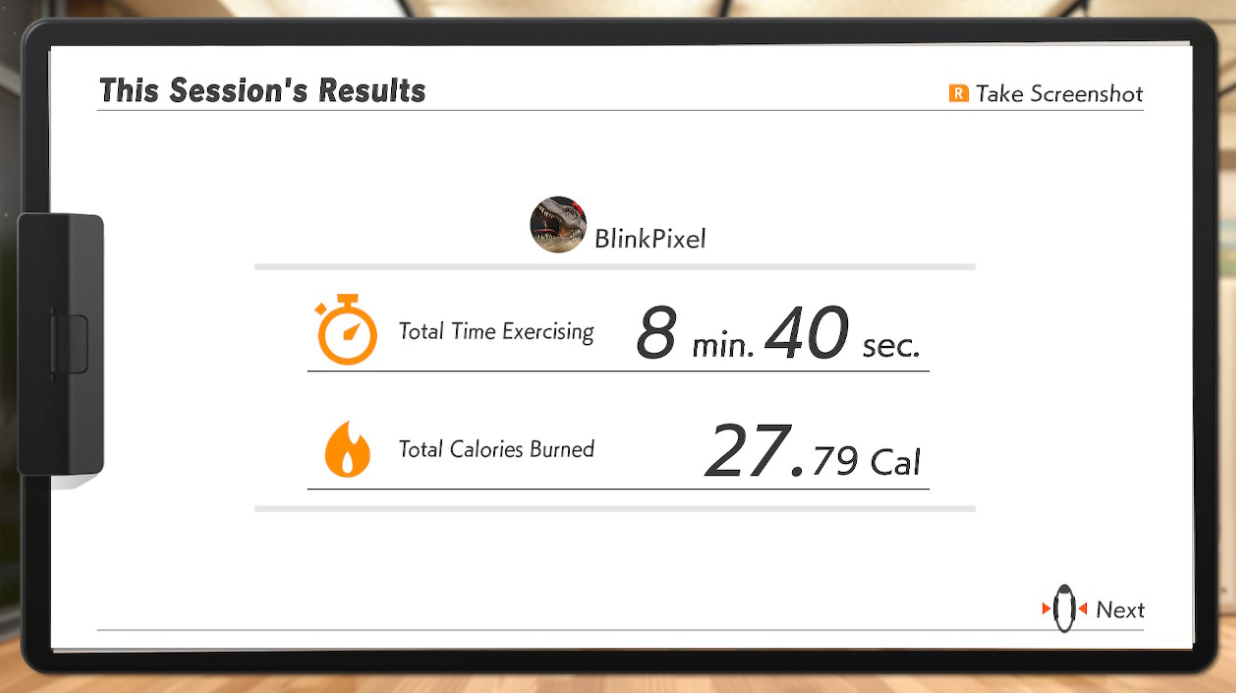 Did a short set today 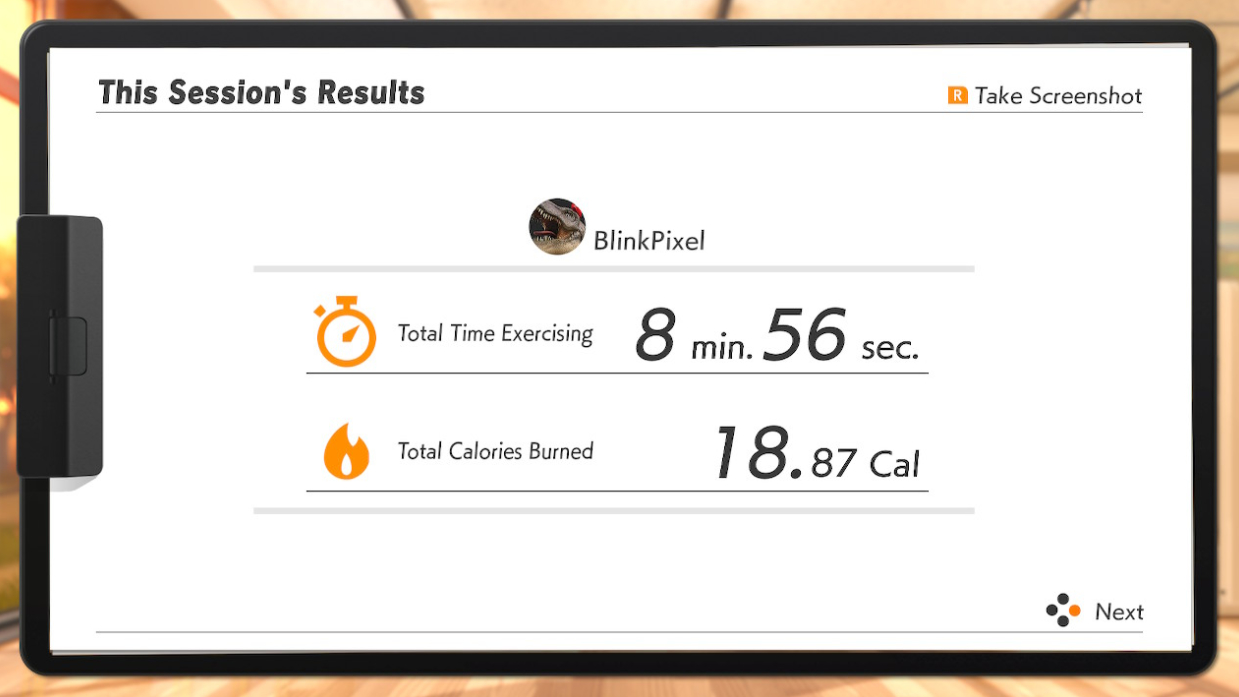 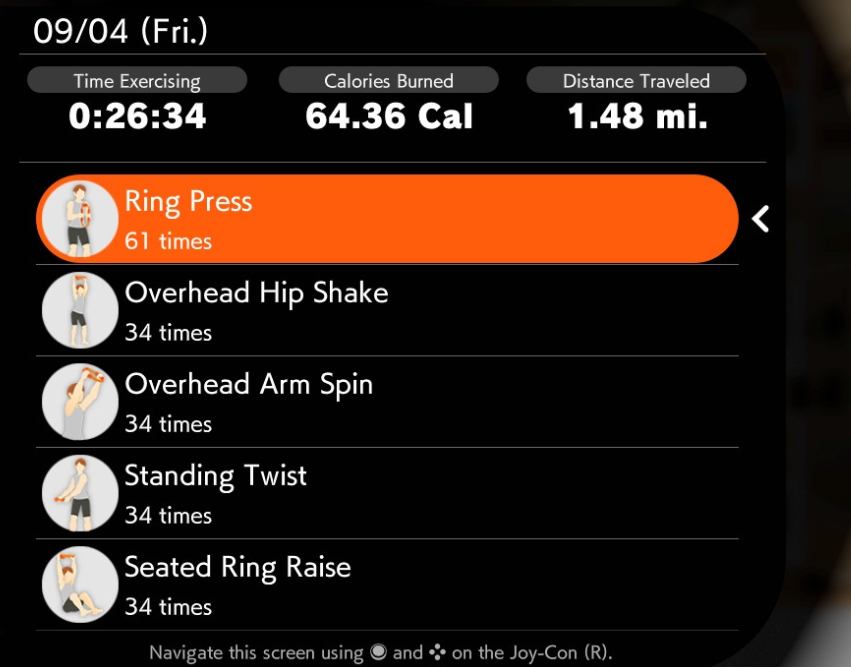 Did 3 sets and I’m likely to keep doing these sets. I honestly like doing the sets more than the adventure mode. I can do more with the sets. 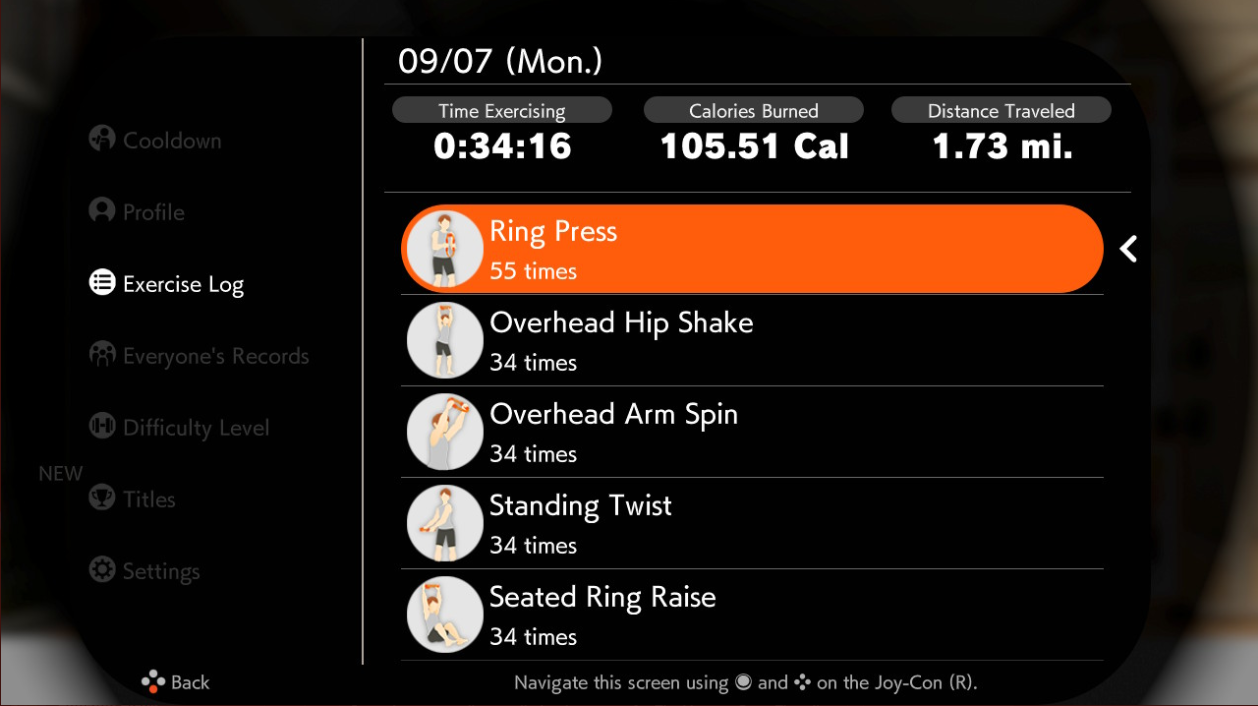 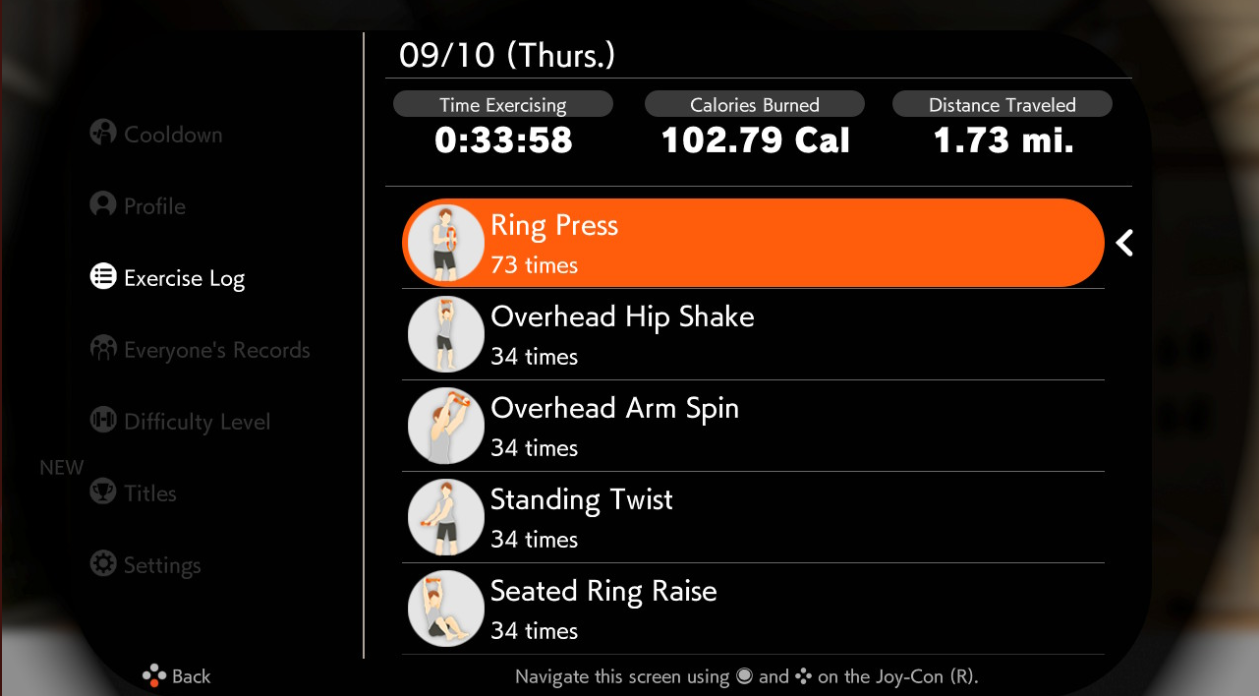 None of the exercising won’t mean shit if I don’t stop drinking sweet tea. I seriously need to change what I drink. I know water is best, but unless that water is ICE COLD then water isn’t good. I tried to put lemon juice into unsweetened tea but no amount of lemon juice took that bitter taste off. Then again, I don’t think the lemon juice I got was for drinks. Next time I go to the store I’m going to find another lemon juice and hope that works. I need to eat as less calories and sugar as I can and so far, I believe, that my tea is my main problem. I know I’m not expecting anything drastic anytime soon, but if I don’t do something about the tea, none of this will even matter.

No pictures this time. I decided to try Jump Rope Challenge along with Ring Fit. Jump Rope challenge is a workout, but because the game picks up Every Little movement of the Switch joy-cons it’s hard to pinpoint the exact number of jumps you did. My final count, including the small test run I did last night, was 1001. I did around 600 then did a set on ring fit. I also did a 20 second plank during the jump rope challenge. My exercising hope for Jump Rope Challenge is that I do 10 minutes jumping, 20 second plank, 10 minutes jumping, 20 push ups and another 10 minutes of jumping. I can now skip the jogging portions in Ring Fit since jumping will replace that. For the sets, nothing will change much. Just replace the jogging with something else. I’m still working on the tea situation.

UPDATE:
If you follow me on Facebook or on twitter, then you might have just saw that I wrote that my grandma, who I’ve been living with since pretty much after high school to take care of has passed away. For now, I’m not going to focus on exercising or anything like that until I know what my next step is. I’ll get back on it when the dust has settled and I’m in a better state to go back to dieting and exercises. I did mange to weight myself and its, on average, 257 pounds. If I can go between 190 - 200 then that will be my goal.

Nice dude! I’m actually somewhat interested in this game but it seems hard to find. Good luck! Will be cheering your progress.

The ring is made strong right? Seems pretty sturdy like it will last awhile.

My brother’s been playing basically since it came out, and did several weeks of daily routines, and it seems to have done well for him. I was looking at it myself eventually, but I just don’t have the physical space at the moment for it.

Well my Gamestop had one copy left and I got it. Haven’t messed with it yet, not sure when I will. I’ll be joining you shortly lol

I doubt I will post results but impressions of it all whenever I start. My goal is some weight loss but also just general fitness and cardio. I have a 8 hour sitting job and after that I usually just sit more trying to escape from reality lol I want to start a routine with this. Either before or after my daily Animal Crossing check in mid day.