OK, I need to see this movie.

[quote=“Bloody Disgusting Horror”] I cannot believe Paramount has yet to put this in theaters. What awaits you dear readers is a terrifying, chilling, remarkable independent film that can be described as an evil cross-breed of The Blair Witch Project and the horrifying (at least the first half) The Entity.

In Paranormal Activity, a young couple suspect that their house is haunted by a malevolent entity. They set up video surveillance to capture evidence of what happens at night as they sleep. Their surveillance and home videos have been edited into the feature film. To tell you more would ruin the experience.

Paranormal is structured almost identical to Blair Witch, which is the main reason that it works. In both films we have the ying and the yang, or the black and white if you will. First, we have the &#8220]

OK, the trailer got me intrigued, but now that I’ve read BD’s review, I’m even more pumped. Blair Witch is probably one of my favorite horror films, if not the favorite. I need to get them to release it near me, it seems seeing it in theaters is definitely where it’s at.

Hrm… seems right after my birthday’s over, I get into the mood for Halloween. Last October I went on a huge horror binge and watched Halloween 1 and 2, The Shining, most of the Friday the 13th movies, The Orphanage, and a couple others I have never seen before.

Any suggestions for this year?

The owl thing is hella freaky. Milla’s cool, maybe I’ll see that too.

Though it reminds me of this:

Bascially, cha! But it might not come out anywhere near you.

Bascially, cha! But it might not come out anywhere near you.

Eh, that’s okay I’m going to watch it [SPOILER]on stream[/SPOILER] anyway, thanks though.

As interesting as this is… And while I might see it… I have a bit of a “not optimistic” point of view of it.

But if I explained why, you’d all think I was fucking crazy.

You are fucking crazy…

You are fucking crazy…

:disgust; Well screw you guys then!

Anyone noticed this movie? 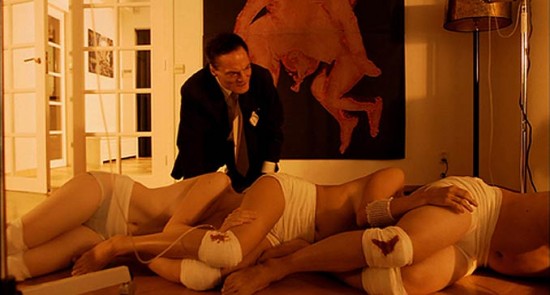