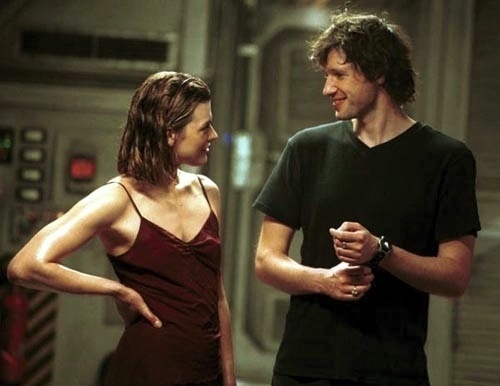 Anderson will write, direct and produce Resident Evil: Afterlife. His wife, Milla Jovovich, will reprise her role as Alice. The movie, the fourth in the franchise, will be in 3D.

“I always envisioned Resident Evil as a trilogy of films,” Anderson told website ShockTillYouDrop.com. “And we’ve been very lucky where it’s a trilogy where the audience has built and built. I wanted to kick off a brand new trilogy. I’m really excited we’re doing it [in 3-D] and we’re using the same camera system [James] Cameron used for Avatar. There are a lot of exciting things about this one. I don’t regard it as Resident Evil 4, I regard it as a re-tooling and rebirth of the entire franchise.”

Resident Evil: Afterlife is penciled in for a September 17, 2010 theatrical release.

Can’t we just leave it to die already?

EXACTLY! Is Hollywood really trying so hard to bring that failed 50s gimmick? This crap was annoying and will always be annoying. It’s pathetic. All that shit does is drastically limit camera angles into a narrow corner.

Yeah, they have a kid too I think.

A horrible director and a sucky actress falling in love…It’s like a really shitty movie.

Meh, Extinction was actually okay, probably going to go see this one… The regular version of course. 3D FTL.

Oh, and here’s hoping it’s Las Plagas this time around. That would be a bad ass effect… Giant worms bursting from people’s heads. It would be like a Thursday night at Chad’s house.