I'm watching every film on Shudder so you don't have to

I’ve been a subscriber to AMC’s Shudder service for about a year. This is a Netflix-like streaming service with a focus exclusively on horror (although for some titles, that label may be a bit of a stretch.)

At the time of this thread it’s actually my only video subscription (in the past I’ve had Netflix, Hulu, YouTube TV, Sling, PS Vue, HBO Now, and DC Universe.) That’s due to a variety of reasons, Shudder is not the be-all-end-all of course, but since I’m in this situation I’ve been ramping up my consumption of horror movies and wanted to make a thread challenging myself to finish Shudder’s library.

Insane? Yes. Will I fail? Well, yes at the goal of “finishing their catalog,” since it will always be changing. But I won’t fail at my overall goal, which is to hone my horror sensibilities and learn from as many sources as possible as I try to finish three of my own horror scripts (one short, two features.)

With that out of the way, here are the movies I’ve seen so far and what I thought.

There’s some things on Shudder I’ve seen elsewhere and have probably reviewed before, so will work later on correlating those.

I’m probably the only one here with a Shudder sub lol. Oh well haha.

Shame this is the only way to watch Mandy streaming. I’ve always wanted to see that movie. It’s likely Color out of Space will likely be the same.

I’ve seen none of those films.

What do you think of Heathers and Creepshow?

I actually like director William Mallone’s remake of House on Haunted Hill. It was one of the first R-rated horror movies I happened to watch as a kid, and I still think some of the sequences hold up well today. However, when I went to watch his follow-up movie Feardotcom… well… I didn’t have as kind a view. Seriously, Feardotcom is one of the worst horror movies ever…

This dichotomy fascinated me, as did learning he eventually made another horror film – 2008’s Parasomnia. What interested me even more was the use of imagery drawn from Zdzisław Beksiński’s deeply unsettling (and awesome) art. 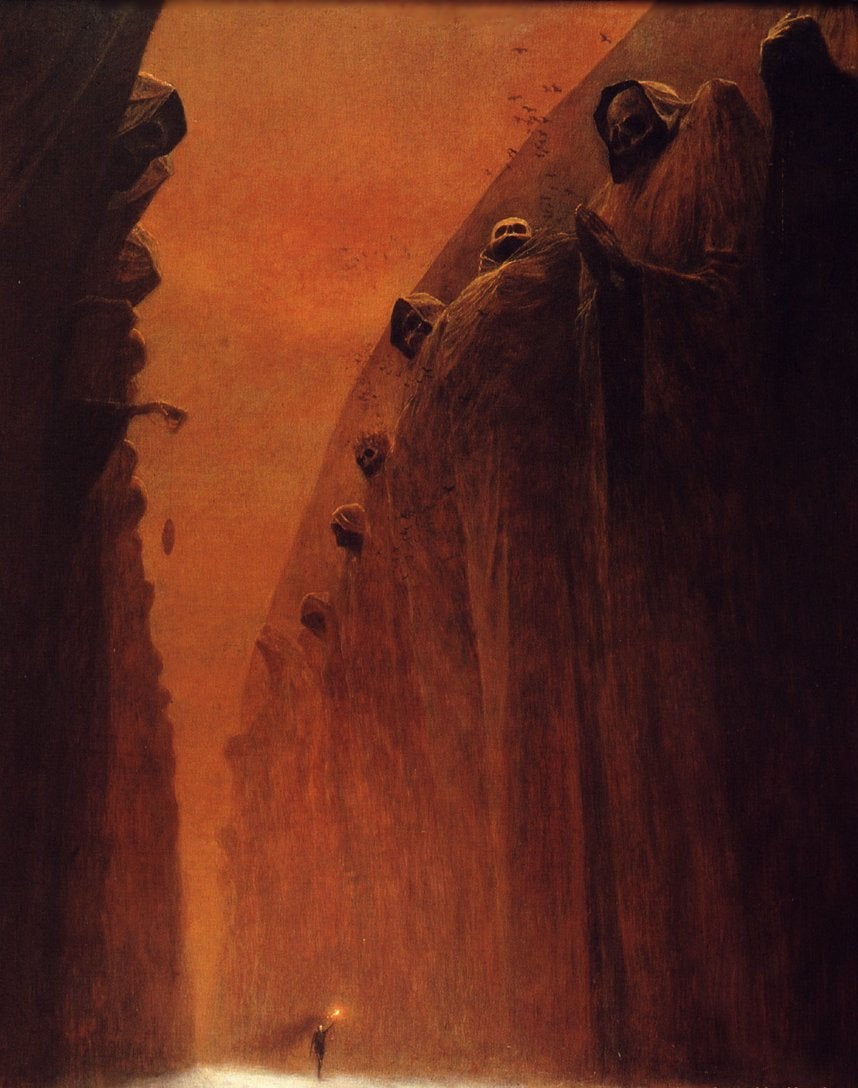 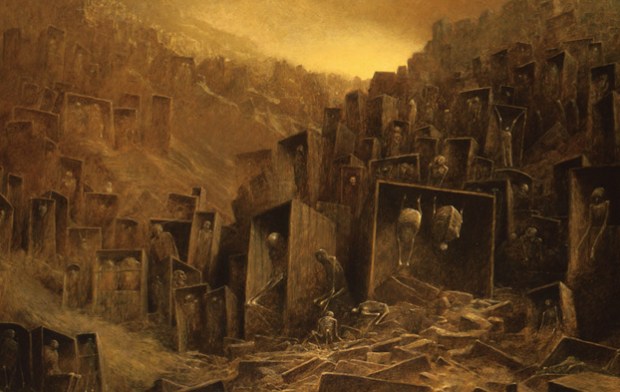 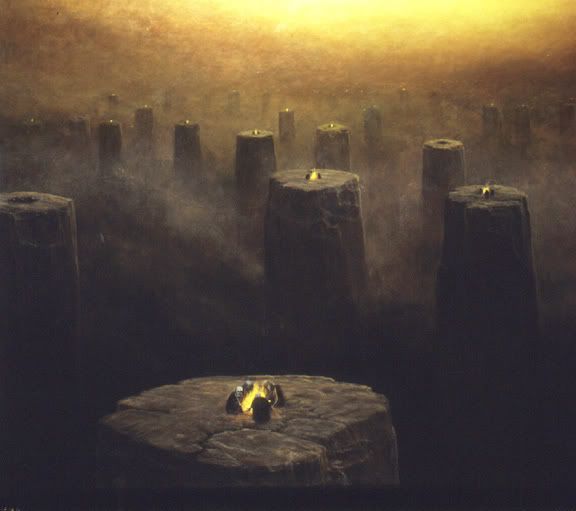 “How could any horror film possibly fail if it incorporates imagery like this?!”, I naively thought.

To be fair, the film isn’t offensively bad like Feardotcom, but it is often unintentionally hilarious and cringy. The crux of the story hinges on some “nice guy” creepily wandering into a comatose woman’s room, watching her sleep, and falling in love with her after like… one day. After this, come hell or high water, he’s going to save her! (She needs “saving” from the doctors attempting to diagnose/cure her “parasomnia” – portrayed in this movie as simple narcolepsy.)

When the woman sleeps, she’s in the worlds of Beksiński and getting stalked by a ghostly serial killer (with appropriately foreboding music to match.) When she’s awake, her lack of “waking experience” is translated by the actor into what can only be described as… mental challenges. I wish the ice cream scene from this movie were on YouTube to back me up on this (basically, she’s given an ice cream cone, and she plays with it as a five-year old would… and this is meant to be endearing and quirky, and possibly even romantic.)

This movie has a massive tone problem, if that wasn’t obvious. And yes, the movie is extremely low budget, so the dream sequences (the main attraction for myself and likely any others seeing the Beksiński connection) amount to about 10 minutes of the running time total. It’s not like the movie would have been a masterpiece anyways, but the rush to get through the actual horrific parts and return to the real world for some extremely questionable “romance” can only be described as disappointing at best. At least the real world has Jeffrey Combs hamming it up as the most grizzled detective this side of a gumshoe.

Oh! This movie also features a pre-Community Alison Brie, which was kinda jarring when she entered the movie (it’s towards the end.) Speaking of the end, it’s pretty damn bonkers, but at least you can keep track of what’s happening (unlike Feardotcom.) However, like Feardotcom, the way it ends (mostly the final shot) makes no sense.

Everyone lambasted this movie as a ripoff of Heathers, and yes, it pretty much is. However, it’s not like R-rated black comedies with female high school leads is a booming genre or anything. Not only that, this was a decade afterwards and appealing to a new generation.

And honestly, this movie does have a lot of strengths! Rose McGowan is just iconic – I watched the movie before doing research on the production and release, and I expected her to be underrated, but she is (justifiably) what everyone praised if they had something positive to say on the movie. The rest of the actors do a decent job too, although they are literally a decade out of high school.

That’s one aspect that has aged poorly I feel; modern productions use more age-appropriate actors.

The music choices were great, and there was a lot of fun and zany editing/directing choices that were actually kind of charming. Normally stuff like that would get on my nerves, but it absolutely worked with the script and performances to blend together into a cohesive, candy-coated, jaw-breaking whole. I can easily see myself rewatching this multiple times in the coming years, both alone and with friends (same as Heathers, but everyone’s already seen that one already it feels like.)

Heathers is the better film, don’t get me wrong, but I thoroughly enjoyed my time with this one too. And hey, it’s been 20 years… can we get another R-rated black comedy that kicks off with teen manslaughter again? Please?