Grand Theft Auto IV’s second downloadable episode, The Ballad of Gay Tony injects Liberty City with an overdose of guns, glitz, and grime. As Luis Lopez, part-time hoodlum and full-time assistant to legendary nightclub impresario Tony Prince (aka “Gay Tony”), players will struggle with the competing loyalties of family and friends, and with the uncertainty about who is real and who is fake in a world in which everyone has a price.

Grand Theft Auto: Episodes from Liberty City delivers two games on one disc - the all-new episode The Ballad of Gay Tony and the first episode, The Lost and Damned - together on disc for the first time - for Xbox 360 for $39.99 and will not require a copy of the original Grand Theft Auto IV to play.

The Ballad of Gay Tony will release on Xbox LIVE this fall for $19.99 or 1600 MS points and requires players to have Grand Theft Auto IV for Xbox 360 and Xbox LIVE membership to download.

I really enjoyed TLAD and it looks like I’m going to enjoy this as well. But R* please…no more penises. V_V 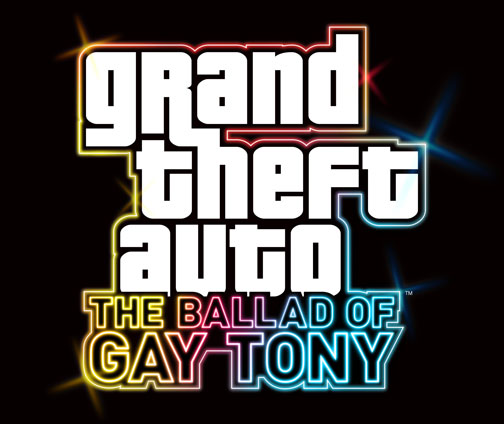 But seriously, Rockstar wants to be known as “serious storytellers” then they release this?

But seriously, Rockstar wants to be known as “serious storytellers” then they release this?[/quote]

I’m sure the story will be there. For w/e it seems R* is taking a story first approach to these DLC packs its all intertwined with the GTA4 original storyline. Its going to work out no worries after TLAD I have alot of faith in what R* can deliver DLC content wise. And now its on retail disc so PS3 owners who have a 360 dont have to buy the game.