Exercise Day 6 on the Treadclimber.

) but I did spend 1.5 hours walking in and out of downtown Boston yesterday so I’m feeling good overall.

Is this the new Fitness Thread?

I ramp up my own cardio as well, but on an elliptical instead of a treadmill or tread climber. On a good day I can do about seven miles in an hour, average heart rate around 155-165. Turns out runner’s high is a real thing, and I like it. In addition to the 6-9 miles I walk every day at work, I keep my cardiovascular system pretty healthy.

My gym closed without telling anyone which sucks because I could walk or run to it which I liked making part of my workout.

Of course the day I finally have all my new fitness gear and no longer have a cold is the day before a giant nor’easter.

FUCKING HELL my arms hurt. My technique is rusty but not completely gone as I feared. Only problem is I just don’t have the power to push it anymore, so my form quickly goes to shit as I flail. Thankfully, the pain is good and I’ll eventually get my strength back the more I do it.

I also walked for a total of over 3 hours around Boston today. Swimming made my arms jelly and walking made my legs jelly.

Background: I’ve gained somewhere in the realm of 30 pounds in the last two years. Since I was always scrawny I didn’t really pay it much attention at first, and was even a little positive for a while… but I definitely have a gut now. And my precious thigh gap is no more.

So I’m doing a trial run thing from the start of March until the end of May where I exercise like hell (way more than I ever did before, including for the first time non-pool classes and activities) and cut out shit from my diet (chief among them alcohol on weekdays, and coffee which I’ve replaced with tea.)

I was telling my friend that while I’ve always known American food is crammed full of sugar and sodium, I didn’t realize how little of it is recommended at a maximum. It’s crazy. Two glasses of Sprite will put me way over my day’s sugar limit on MyFitnessPal. So I’m trying to be more cognizant of all that stuff too.

By the time these three months are over I intend to go for my Life Guard Certification, and possibly apply to a recreational water polo team.

A side effect, I hope, is a rocking summer bod.

MyFitnessPal tends to be a bit aggressive with the sodium intake maximums. If you’re getting headaches or other signs of high blood pressure from it then it’s something to watch but otherwise it’s not a huge deal.

Glad to see you’re back on the right track. Also tea is so much better and relaxing that coffee!

I’ve cut back from walking more and focusing more on diet. For the past 2 weeks I’ve been doing intermittent fasting where I have an 8 hour window of eating and 16 hours of fasting. I’ve had some great results but it’s a major pain in the ass managing my food intake, still trying to find the proper balance.

Interesting. Do you still do three meals a day or have you broken it up?

Honestly the biggest part of fitness is diet, so it makes sense you’re seeing better results.

Just 2 meals, lunch and dinner. I tend to have a smaller lunch around 600 calories and then dinner around 1200 calories with a protein bar or 2 in between if I’m really feeling hungry.

I need to start getting protein bars. My macros have been out of whack and it’s so hard to find non-fatty snack foods.

I think cutting out weeknight alcohol is gonna have the biggest effect. I was pulling down 1000+ calories just in booze multiple times a week… no shit I gained weight lol. 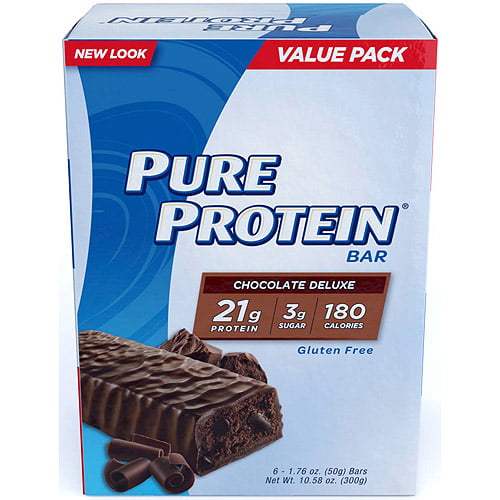 and 17g of total carbs. They taste pretty good and satisfy a chocolate urge.

These have much more sugar but I like the taste and they have a nice texture.

As of this morning, the scale claims I lost something like 7 pounds going back the last 12 days… so I guess that is good. Been having issues sleeping through and went to see my doctor. He believes I’m exercising too late at night and the endorphins are making me restless, so he told me to do the exercises as soon as I get home, if I’m unable to do them when I first wake up. I told him I’ve been getting lightheaded as well, so he recommended cutting my metformin dosage in half. I see him in 6 more weeks for my normal checkup, so we’ll see what comes of it.

Sounds like solid advice. 7 pounds is good! Keep it up.

Best run tonight. I really, really wanted to get to 50 minutes… but two of my fingers started to go completely numb and I didn’t want to risk it. My doctor said he believes I pinched a nerve near my elbow a few days ago and the pressure from holding the bars was not helping.

So uh, what should I do if I’m running a calorie deficit of 1700 for the day?

Though that wasn’t really hard to do, lol. Topping 2016 and especially 2015 will be much more difficult.

I have suffered a setback. Was at work today moving a cart and I felt something snap in my calf. Filed an incident report and went to the doc and it turns out I’ve got a pretty nasty muscle strain. I have to wear a walking boot and any time I need to do more than a small amount of walking I have to use crutches. I can’t go back to work until I’m cleared, but I won’t be reevaluated until next week. Until then, it’s sit on my ass at home time probably with a fair bit of pizza involved.

I am resolved to start working out again. I just need to clean the literal cobwebs off the equipment I have. It has been far too long. Now is the time.

Hopefully the calf won’t take too long to heal. When I had the nerve damage in my foot, I hated walking with crutches.

Also… I had a conference to go to yesterday and I go back in a few hours. No treadclimber last night or likely today. But I’m hoping that will help with the fingers. It is definitely holding the side bar that is giving me the nerve issues.

Another good day yesterday. Making good progress swimming, almost have my form back to where I want it. Gonna take more flailing before I get there though.

Try not to each to eat too much pizza!